A new study showed that a reduced dosage of an anthracycline given in combination with arsenic trioxide (ATO) and all-trans retinoic acid (ATRA) had similar efficacy to a standard-dose regimen in induction therapy for newly diagnosed acute promyelocytic leukemia (APL). Study results were reported in the journal Hematology.

The study investigators performed a multicenter, retrospective analysis to ascertain outcomes for patients who received different dosages of an anthracycline during induction therapy for newly diagnosed APL with a white blood cell count above 10 x 109/L. All patients received ATO at 0.16 mg/kg, up to 10 mg, intravenously, and ATRA at 25 mg/m2/d, orally, as part of induction therapy.

The presence of transcripts of PML–RARa, a marker of APL, was analyzed from patients’ bone marrow at various time points and formed the basis for determining molecular complete remission (mCR) or molecular relapse. Disease-free survival (DFS) and overall survival (OS) were also evaluated.

Compared with the low-dose anthracycline group, patients in the standard-dose group experienced longer durations of grade 4 neutropenia and grade 3 to 4 thrombocytopenia (P <.001 each). They also required higher median volumes of red blood cell transfusions (P <.001) and platelet transfusions (P =.037), and they had a higher infection rate than the low-dose group did (P =.042).

The study investigators concluded that while the sample size was small, the study’s results suggest induction therapy with ATO, ATRA, and low-dose anthracycline shows a similar prognosis as standard-dose anthracycline does for this patient population and with less of a risk of treatment complications. 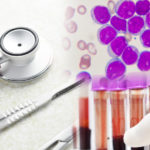