An analysis of 3 decades worth of data on outcomes with allogeneic hematopoietic cell transplantation (allo-HCT) in patients with acute lymphoblastic leukemia (ALL) suggests that improvements have been seen over time. The researchers who performed this study reported their findings in the journal Blood Advances.

“Over the past 30 years, remarkable developments have been made in both allo-HCT methods and treatments for ALL, which could improve patient outcomes,” the researchers explained in their report. However, they indicated, large-scale analyses of outcomes with allo-HCT in patients with ALL had not been conducted.

This retrospective analysis included patients ≥16 years of age in Japan who had undergone an initial allo-HCT for ALL during the period from 1990 through 2019. Patients were grouped into time periods according to when allo-HCT was performed, including 1990 through 1999 (first decade), 2000 through 2009 (second decade), and 2010 through 2019 (third decade). The researchers examined trends over time for multiple outcomes in these patients, particularly in terms of survival trends and complete remission (CR) status.

Among patients who experienced a first CR (CR1), the 5-year overall survival (OS) rate rose from 48.2% to 70.2% from the first decade to the third decade. For patients in a subsequent CR, the 5-year OS increased from 25.6% to 44.1%. Patients who did not have CR also showed an increase in 5-year OS, from 10.0% to 22.7%. Nonrelapse mortality was also reportedly improved over time for patients with CR1, subsequent CR, or non-CR status.

Nishiwaki S, Akahoshi Y, Morita-Fujita M, et al; for the Adult Acute Lymphoblastic Leukemia Working Group of the Japan Society for Transplantation and Cellular Therapy. Improvements in allogeneic hematopoietic cell transplantation outcomes for adults with ALL over the past 3 decades. Blood Adv. 2022;6(15):4558-4569. doi:10.1182/bloodadvances.2022008032 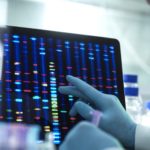