In a recent study, researchers based in China identified possible connections between reduced expression of the gene SLC22A3 and worse prognosis with acute myeloid leukemia (AML). The researchers reported their findings in the journal Clinical Epigenetics.

The SLC22A3 gene belongs to a group of genes encoding proteins of the solute carrier family 22 that have roles in metabolism and detoxification, acting as transcription factors. SLC22A3 codes for organic cation transport 3, which is widely distributed throughout the body and is involved with elimination of drugs as well as certain cations. The researchers explained in their report that this transporter has been found to have connections to various aspects of cancer, but a role in AML had not been well defined.

“Our aim was to investigate whether DNA methylation and mRNA expression of SLC22A3 are associated with AML and have potential value as a drug target for AML treatment,” the researchers wrote in their report.

In this study, the researchers obtained bone marrow mononuclear cells (BMMNCs) from patients with AML, patients with newly diagnosed myelodysplastic syndrome (MDS), and healthy donors. Newly diagnosed AML, relapsed AML, or AML in complete remission were included. From participants’ samples, the researchers performed cytogenetic, genetic, and transcriptional analyses, in addition to evaluations of methylation sites in genomic DNA, and other laboratory and bioinformatic analyses.

With treatment using the demethylation agent 5-aza-2’-deoxycytidine (DAC), the expression of SLC22A3 messenger RNA became elevated in the BMMNCs from patients with AML and in leukemia cell lines. Contrarily, when the researchers silenced SLC22A3 expression in leukemic cells, cell proliferation increased, and apoptosis appeared to be suppressed.

The researchers determined that hypermethylation of SLC22A3 DNA is aberrant in AML, and with variation in methylation linked to clinical status. They also concluded that higher levels of methylation and reduced expression of SLC22A3 may be associated with worse prognosis in AML. 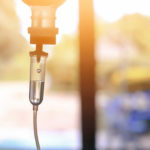