A preclinical study utilizing acute myeloid leukemia (AML) cells demonstrated that the agent hymeglusin may enhance the apoptotic activity of venetoclax, suggesting a combination of the 2 agents could produce improved antileukemic activity. Results of the study were published in the journal Frontiers in Oncology.

Hymeglusin is an inhibitor of the enzyme 3-hydroxy-3-methylglutaryl coenzyme A synthase 1 (HMGCS1), which is a regulator of a pathway with possible relevance to growth and apoptosis in AML cells. Venetoclax is a treatment for AML, the effectiveness of which can be limited by resistance or intolerance. To counter these barriers, combination approaches with venetoclax are an active area of study presently. A group of researchers aimed to evaluate whether hymeglusin could potentially enhance the activity of venetoclax in AML cells.

The researchers performed a variety of experiments to assess the effects of hymeglusin on AML cells. They measured apoptosis in AML cell lines (HL-60 and KG-1 cells) treated with hymeglusin and with venetoclax. They also measured cell viability in these treated cells and performed gene expression analyses on hymeglusin-treated cells. The researchers used information from online databases to explore relationships between HMGCS1 and the products of apoptosis-related genes, and they also evaluated B-cell lymphoma (BCL)-2 expression in treated cell lines.

Expression of the HMGCS1 gene was found to be correlated with that of several apoptosis-related genes, including BCL2 and others. Based on database information, the researchers found that patients with AML had significantly greater BCL2 gene expression than healthy individuals did, and also that this was linked to worse overall survival. HMGCS1 gene expression also was elevated with AML, and its expression seemed correlated with the expression of apoptosis-related genes, and BCL2 in particular.

In AML cell lines, hymeglusin was found to reduce BCL2 protein abundance. Cell viability was also reduced in AML cells treated with both venetoclax and hymeglusin. Apoptosis was induced in both AML cell lines with venetoclax treatment, but hymeglusin treatment alone appeared to induce apoptosis only in HL-60 cells, with limited effects in KG-1 cells. However, in both, the combination of venetoclax and hymeglusin appeared to enhance apoptosis beyond the level achieved by venetoclax alone. Further transcriptomic analyses revealed elevated HMGCS1 expression in hymeglusin-treated KG-1 cells, and not in hymeglusin-treated HL-60 cells.

“Our results highlight the remarkable pro-apoptotic effects of hymeglusin and venetoclax in AML cells,” the researchers wrote in their report. “Mechanistically, venetoclax inhibited BCL2 activity, while hymeglusin could reduce the expression of BCL2,” they continued. 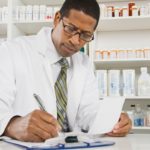