Measurable residual disease (MRD) at the time of allogeneic hematopoietic cell transplantation (allo-HCT) is an important prognostic factor during first and second complete remission in patients with Philadelphia chromosome-positive (Ph+) acute lymphoblastic leukemia (ALL), according to research published in Blood Advances.

The authors evaluated MRD as a prognostic factor in patients undergoing allo-HCT either during CR1 or CR2 by analyzing data in the Japan Society for Hematopoietic Cell Transplantation (JSHCT) registration database from 1625 patients aged 16 and older with Ph+ ALL.

The study was limited by its retrospective nature and the small number of patients undergoing transplantation during CR2.

New drugs, namely tyrosine kinase inhibitors, may affect the timing of transplantation, as these drugs provide more therapeutic options for ALL. The authors concluded that achieving MRD negative status before allo-HCT is desirable for patients with Ph+ ALL. 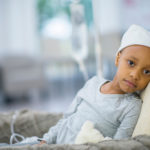