Due to the complex mutational patterns within and across patients with acute myeloid leukemia (AML), prescribing the optimal pharmacologic agents for most mutational events can be challenging. However, it may soon be possible to employ targeted therapies with increased precision. A team of investigators has published initial findings from a genomic dataset that can be leveraged to address clinical, genomic, transcriptomic, and functional questions about the biology of AML.

The dataset includes 672 tumor specimens collected from 562 patients and is unique because it describes both genetic and functional information. The researchers analyzed the specimens using whole exome sequencing, RNA sequencing, and analyses of ex vivo drug sensitivity. This approach allowed them to discover mutational events that had not previously been detected in patients with AML.

“We believe we are setting the stage for the development of more effective strategies for treating patients with AML by integrating as much information as possible from their leukemia. This data has already been used to design several clinical trials and the hope is that many more clinical trials will be developed from this dataset,” Brian Druker, MD, director of the Knight Cancer Institute at Oregon Health and Science University in Portland, Oregon, told Hematology Advisor.

Dr Druker and colleagues examined the correlation between drug sensitivity patterns and either mutational events or gene expression levels. The team also assessed the range of sensitivity of samples containing genetic mutations compared with samples that had the wild-type sequence for the same gene.

Drug responses were found to be associated with mutational status, including instances of drug sensitivity that are specific to combinational mutational events. Through the use of RNA sequencing, it may be possible to use gene expression signatures to predict the role of specific genetic networks in drug response.

In addition, the researchers collected tumor cells from 409 samples and described how the cells responded to 122 different targeted therapies. A new data visualization platform called Vizome was created to help make this large amount of data more easily understandable.

“I would say that we are in the middle innings, but we are making progress towards significant changes in the landscape,” Dr Druker said. “This data has already been translated into several clinical trials. There is a much larger clinical trial [being run by the Leukemia & Lymphoma Society] that is using genomic data to match patients with agents in phase 2 trials.” The clinical trial in question (ClinicalTrials.gov Identifier: NCT03013998) is a large, multicenter, cooperative trial with 11 different arms. Dr Druker noted that over time, more of the study arms will comprise pharmacologic agents that were identified in the current dataset. 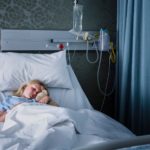