Allogeneic hematopoietic stem cell transplantation (HSCT) can cause several complications for patients undergoing treatment. During transplantation, patients are often administered antibiotic therapy to reduce the risk of infection that accompanies immunosuppression. Clinicians try to balance this risk with the potential for developing acute graft-versus-host disease (GVHD), which commonly affects the gastrointestinal tract.1,2

Both antibiotic treatment and development of acute GVHD have been shown to alter intestinal microbiota, largely through reductions in microbial diversity post-transplant. The composition of microflora can affect many outcomes following allogeneic HSCT, including relapse rate, overall survival, GVHD-related factors, and risk of infection. Understanding these changes in microbial diversity could significantly influence how clinicians manage these outcomes and complications.

In a recent article published in Biology of Blood and Marrow Transplantation, Mary Riwes, DO, and Pavan Reddy, MD, of the division of hematology and oncology at the University of Michigan in Ann Arbor, reviewed the current literature surrounding loss of microbial diversity and subsequent effects on HSCT outcomes. They analyzed these findings in the context of current studies investigating microflora and their associated metabolites.

Contemporary evidence indicates that the mechanism underlying changes in gut microbiota may be related to the quantity and characteristics of certain metabolites that coexist with bacteria. One study in particular reported that a reduction in short-chain fatty acids, a key metabolite, at day 14 post-transplant was linked with increased exposure to antianaerobic antibiotics, although the same correlation was not seen with other variables, such as intensity of conditioning or patient age.

Uncertainties remain regarding the influence of other factors that may affect metabolite levels but were not included in the study, such as T cell depletion and donor source. Despite these limitations, these results validated previous reports of diminished bacterial diversity after HSCT and correlated short-chain fatty acid levels with microbial diversity at specific time points. Several other associations were found as well, including a link between both fecal propionate and butyrate levels and growth conditions of butyrate-producing bacteria.

In subsequent studies, a group of researchers aimed to further investigate the links between short-chain fatty acid levels and acute GVHD. In a group of 10 patients who later developed acute GVHD, the researchers found that fecal propionate and butyrate levels were significantly decreased at day 14 post-transplant. While this correlation is significant, the influence of other factors, including antibiotic exposure, T cell depletion, and intensity of conditioning, was not evaluated. More importantly however, no link was found between microbial makeup or diversity and development of acute GVHD.

Side Effect Management
Next post in Hematopoietic Stem Cell Transplantation 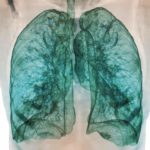