Disease treatment for HLH aims to reduce hyperinflammation, which can mitigate sequelae among pediatric patients. To cure primary HLH, HSCT is required; this is also true of some forms of secondary HLH, notably those associated with chronic Epstein-Barr viral infection.

New treatment protocols, introduced over the last 25 years, have improved 5-year overall survival (OS) rates to about 54%. However, transplant-related mortality (TRM) remains a significant cause of death in this population.

The HLH-2004 study, created by the Histiocyte Society, noted a 5-year OS rate of 64%, with notable improvements in pre-HSCT mortality compared with research conducted a decade previously. In the present paper, researchers enumerate clinical outcomes among pediatric patients who participated in HLH-2004.

Among those without verified FHL, 5-year OS was 52% (HR for survival, 1.69). Fourteen (26%) of these patients did not show evidence of biallelic mutations, though at least 3 genes associated with FHL were analyzed.

“We conclude that: (1) patients with nonverified FHL (possibly including [secondary] HLH cases) seem to do worse than verified FHL patients; (2) a thorough patient selection with pretransplant analyses, including confirmation of FHL, is recommended; and (3) pretransplant complete remission is beneficial but not mandatory to achieve post-HSCT survival,” the authors wrote. 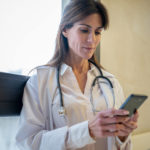