Being sedentary appears to be linked with an increased risk of cancer-related mortality, according to an article published in JAMA Oncology.

Previous research has demonstrated that leading a sedentary lifestyle is associated with an increased risk of all-cause mortality, including cancer-related mortality. Prospective trials using measurements more objective than self-reported activity are, however, lacking.

For this study, researchers evaluated the link between amount of time spent sedentary, as determined by accelerometry, as well as length of bouts of sedentary time, with risk of cancer-related mortality among middle-aged and older adults in the United States. All included individuals were enrolled in the Reasons for Geographic and Racial Differences in Stroke (REGARDS) study.

Of 8002 individuals included in this study, 3668 (45.8%) were male, the mean age was 69.8 years, and 268 (3.3%) died of cancer during a mean follow-up period of 5.3 years. Older age, male gender, smoking status, and being black were each independently associated with an increased risk of mortality, though education level, region of residence, and level of alcohol consumption were not.

Sedentary time was divided into tertiles, of which tertile 1 was the least time spent sedentary and tertile 3 was the most. After multivariable adjustment for age, race, sex, region of residence, educational level, and season during which the accelerometer was worn, tertiles 2 (2668 individuals) and 3 (2667 individuals) were linked with a higher risk of cancer-related mortality compared with tertile 1 (2667 individuals; hazard ratios [HRs], 1.70 and 2.03, respectively).

Sedentary bout duration, which was divided into the same tertiles, yielded similar results after the same multivariable adjustment (HR for tertile 2 vs 1, 1.32; HR for tertile 3 vs 1, 1.62).

A second model, which adjusted for the same variables as in the first but also included smoking status, alcohol use status, body mass index, diabetes status, hypertension status, dyslipidemia status, history of coronary heart disease, history of stroke, and degree of physical activity did not yield significant findings. 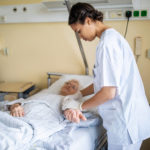