Ruxolitinib therapy appears to be more efficacious than commonly used treatments for glucocorticoid-refractory acute graft-vs-host disease (GVHD) in patients after allogeneic stem-cell transplantation (allo-SCT), according to results of the REACH2 trial published in The New England Journal of Medicine.

In REACH2, 309 patients (≥12 years of age) who had grade 2 to 4 glucocorticoid-refractory acute GVHD after allo-SCT were randomly assigned to receive oral ruxolitinib (10 mg twice/d; 154 patients) or the control (155 patients), which was the investigator’s choice of 9 commonly used therapies (antithymocyte globulin,

Standard supportive therapy was permitted in both treatment groups, and patients in the control group were allowed to cross over to the ruxolitinib group at day 28 if they had no response or loss of response.

“Little progress in the development of new treatments has been made in the past three decades,” wrote the authors. “This randomized, phase 3 trial showed a significant improvement with a new therapy over standard care in patients with grade II to IV glucocorticoid-refractory acute GVHD.” 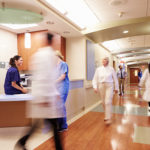