Progress has been made in predicting the factors associated with the likelihood of successful pregnancies among patients with a myeloproliferative neoplasm (MPN), according to an analysis published in the American Journal of Hematology.

Historically, patients with an MPN, including essential thrombocythemia (ET), polycythemia vera (PV), and primary myelofibrosis (PMF), have had difficulty successfully giving birth. Among patients with ET, the birth rate falls between 50% and 75%, with the majority of issues occurring within the first trimester. Predictions for which patients, under what circumstances, are able to successfully give birth are badly needed.

For this analysis, researchers evaluated data from 152 female patients with ET who were younger than 50 years to determine any factors linked to the likelihood of successful pregnancy.

Analyses showed that first pregnancy failure correlated with second pregnancy failure (P =.004), and that aspirin use appeared to reduce the risk for fetal loss (27% loss rate with aspirin vs 60% without; P =.02). No other evaluated factors, including JAK2 status and cytoreductive therapy, appeared to affect pregnancy outcomes.

The researchers further noted that a higher percentage of births were successful after 2008 compared with before 2008 (76% vs 63%), though this finding was not significant (P =.34). 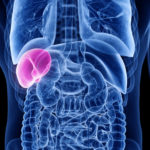