For first-line treatment of amyloid light-chain (AL) amyloidosis, bortezomib is frequently used, but neuropathy limits the tolerability of bortezomib for some patients. A research team recently reported in the British Journal of Haematology that carfilzomib may be an efficacious option for patients in whom bortezomib is contraindicated.

This retrospective study examined 5 patients with newly diagnosed AL amyloidosis who had received carfilzomib and for whom bortezomib was contraindicated. These patients presented with peripheral and autonomic neuropathy, in addition to cardiac disease rated as Mayo 2004 stage 2 or 3. Renal impairment was present in 2 patients.

Carfilzomib was given intravenously on days 1, 8, and 15 of each 28-day cycle, with patients receiving a median of 3 cycles (range, 1-6). Dose escalations of carfilzomib varied among patients. Corticosteroids were also administered, and 2 patients additionally received either lenalidomide or pomalidomide during the first cycle.

As a measure of hematologic response, the difference in involved and uninvolved light chains (dFLC) showed a median reduction of 80.6% with 1 cycle of therapy. There were 3 patients who reached complete response (CR), and 2 showed a very good partial response.

The patients who received more extensive combination treatments reached CR quickly, but both of these patients discontinued therapy because of treatment-related adverse events.

Patients’ neuropathic conditions were reportedly not negatively affected by treatment with once-weekly carfilzomib, and echocardiography did not reveal significant cardiovascular toxicity with this regimen.

The study authors considered carfilzomib to show a high level of activity in this cohort. “Carfilzomib may be a potentially effective early treatment option in selected AL patients with peripheral and/or autonomic neuropathy (without severe cardiac or renal involvement) in whom bortezomib would be contraindicated,” they concluded.

The authors recommended further analysis with a prospective study. 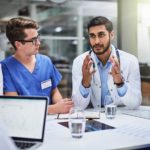