Gender balance in cancer surveys was found to have relatively little effect on survey outcomes, according to results of a study presented at the 2022 ASCO Annual Meeting.

Surveying patients with myeloproliferative neoplasms (MPN) has given valuable insight into polycythemia vera (PV), essential thrombocythemia (ET), and myelofibrosis (MF) subtypes. However, independent surveys have included a disproportionate number of women even though the MPN patient population is well-balanced. This study sought to evaluate the effect of gender imbalance in MPN surveys by evaluating data from 5 anonymous web-based surveys.

The gender imbalance accounted for a 3.1% overestimation in the overall Total Symptom Score (TSS) and a 6.8% underestimation in mean difference in TSS between genders. Within each survey, the relative bias in TSS ranged from 2.55% to 3.44%.

This study found that although participants in MPN survey studies were highly biased towards women, the overall effect of the bias was relatively low. The study authors concluded that more effort in reducing participation gender bias is needed in the design of future studies and more research is needed to evaluate effective gender bias reducing strategies. 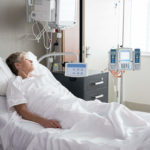 Risk of Cancer-Specific Death May Remain Elevated for 30 Years