In a review published in Seminars in Thrombosis and Hemostasis, Deepa RJ Arachchillage, MD, and Mike Laffan, DM, of Imperial College London in the United Kingdom, examined the pathogenesis and management of thrombotic disease in patients with myeloproliferative neoplasms (MPNs). They found that lifelong oral anticoagulation with vitamin K antagonists (VKAs) remains the cornerstone of antithrombotic treatment. Currently, the role of direct-acting oral anticoagulants (DOACs) in this patient population is not established; thus, the authors recommended DOAC usage be tailored to each patient based on their individual risk for recurrent venous thromboembolism (VTE) and bleeding.

In particular, the V617F mutation in JAK2 that is found in the majority of patients with MPNs can cause abnormalities in red and white blood cells and platelets, leading to increased thrombotic risk. “The risk for thrombosis in patients with JAK2 V617F mutation is at least twice higher compared with patients with CALR mutations,” the authors wrote.

At usual sites, such as deep vein thrombosis (DVT) of the legs and pulmonary embolism (PE), recurrent thrombosis after first VTE was found to occur at a rate of 6.0 to 6.5 per 100 patient-years in patients with MPNs, which was significantly higher than the estimated rate of 2.7 to 3.7 per 100 patient-years in patients without MPNs. “Although there is a strong association between MPNs and thrombosis of both venous and arterial systems, many general practice physicians fail to identify [that] link,” wrote the authors. 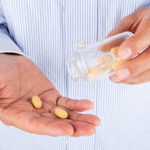