Patients with immunoglobulin light chain (AL) amyloidosis may have improved outcomes if they attain a hematologic complete response (hemCR) and low serum free light chain levels, according to a study published in Blood Cancer Journal.

AL amyloidosis is a life-threatening hematologic disorder that leads to renal or cardiac dysfunction in most patients. Treatment targets the clonal plasma or lymphoplasmacytic cells in bone marrow that cause the amyloidogenic light chains.

The authors retrospectively evaluated 340 patients treated with high-dose melphalan (HDM) and stem cell transplantation (SCT) for overall survival (OS). A hemCR was defined as the absence of monoclonal protein in serum and urine measured by immunofixation electrophoresis (IFE) and a normal free light chain ratio (FLCR).

At 6 months follow-up, 305 patients were able to be evaluated; 90 patients (30%) achieved hemCR. The authors analyzed OS in patients with and without hemCR after treatment with HDM/SCT with a median follow-up of 7.5 years. The study compared patients who achieved iFLC less than 20 mg/L, dFLC less than 10 mg/L, or a normal FLCR to determine if these criteria predict for OS.

“[W]e found that additional improvement in OS is seen in patients with a hemCR who also achieve an iFLC [less than] 20 mg/L,” the authors wrote. “This supports the claim that a maximal FLC response (lower than the standard upper limit of normal for the lambda serum free light chain) may be associated with even better outcomes in those with a hemCR.” 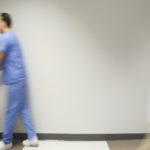