For patients with acute intermittent porphyria, givosiran significantly reduced the frequency of porphyria attacks and improved results for other disease manifestations compared with placebo, according to study results published in The New England Journal of Medicine.

Manisha Balwani, MD, from the department of genetics and genomic studies, Icahn School of Medicine at Mount Sinai, New York, and associates conducted a multicenter, randomized, double-blind, placebo-controlled, phase 3 trial (ENVISION; ClinicalTrials.gov Identifier: NCT03338816) to determine the efficacy of givosiran, an RNA interference therapy that inhibits the expression of delta-aminolevulinic acid (ALA) synthase 1 (ALAS1) in patients with acute hepatic porphyria who have ongoing attacks.

By inhibiting ALAS1 upregulation, investigators aimed to reduce the accumulation of ALA and porphobilinogen, which play essential roles in the pathogenesis of acute attacks and chronic symptoms of acute hepatic porphyria.

The investigators randomly assigned 94 patients with acute hepatic porphyria to receive either subcutaneous givosiran (2.5 mg/kg of body weight) or placebo for 6 months. The main outcome measured the annualized rate of composite porphyria attacks among the participants. Secondary outcomes included levels of ALA and porphobilinogen and annualized rate of porphyria attacks, as well as hemin use and daily worst pain.

Of 94 patients with acute hepatic porphyria, 89 patients had acute intermittent porphyria; 48 participants received the givosiran treatment and 46 participants received placebo. Of these patients, the average annualized rate of composite porphyria attacks over 6 months was 3.2 in the givosiran group and 12.5 in the placebo group, indicating a 74% lower rate among patients in the treatment group (P <.001). Results were similar when including all 94 patients.

Compared with patients in the placebo group, patients who were treated with givosiran had lower urinary ALA and porphobilinogen levels, fewer days of hemin use, and had lower daily worst pain scores; however, adverse events were more frequently noted among patients treated with givosiran. Some adverse events included higher serum aminotransferase levels, changes in serum creatinine levels and glomerular filtration rate, and injection-site reactions.

The investigators noted some limitations of the study including, the 6-month duration of the intervention period and the limited data from patients with acute hepatic porphyria who did not have the acute intermittent porphyria subtype. 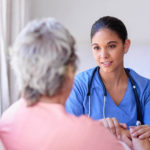