Patient-hematologist discordance in perceived chance of cure appears to improve after a hematology consultation, according to results from a multicenter, longitudinal study published in Cancer. However, 50% of patient responses remained discordant to those of their hematologist after consultation. Of note, higher social support was 1 of 3 factors associated with persistent postconsultation discordance.

Before and after consultation with a hematologist, patients were asked to estimate their perceived chance of cure in 10% increments, with the lowest option being less than 10% and the highest option being 90% to 100%; patients could also respond “do not wish to answer.” The patients’ hematologists were also asked estimate the patients’ chance of cure using the same scale. The investigators defined discordance as a difference in response by 2 increments (for example, less than 10% and 20% to 29%). Changes in patient-hematologist discordance before and after consultation were assessed. A number of demographic and clinical factors were tested for associations with postconsultation discordance.

Of the association between higher social support-affection subscale score and continued discordance, the investigators wrote, “This could reflect that friends or family members may wish to reassure their loved one of a good outcome, and that false gestures of reassurance amid a poor prognosis actually lead to prognostic discordance. Another possible explanation is that patients who have better social support may feel better and have lower symptom and emotional burdens, which may result in an optimistic view of their prognosis and therefore discordance.”

However, further research is warranted to elucidate the role of social support in prognostic understanding, and interventions ought to be developed that aid patients in understanding their prognosis. 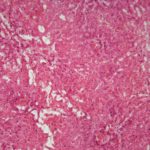