The use of a web-based, self-management program for adolescents with cancer was recently evaluated in a pilot study, but results suggest the program was not feasible. The study findings were published in the Journal of Pediatric Hematology/Oncology Nursing.

The Teens Taking Charge: Managing Cancer Online study (ClinicalTrials.gov Identifier: NCT02299219) was a randomized, controlled trial to evaluate the web-based self-management program for adolescents with cancer (AWC) and their caregivers. It was conducted across 4 pediatric oncology centers throughout Canada. The self-guided program is based on cognitive-behavioral tools and formed the basis of the intervention arm of the study. Patients were randomly assigned 1:1 to the intervention or a control group.

Trial participation involved the patients completing 12 modules on the website Teens Taking Charge Cancer over a 12-week period. The modules covered a range of topics, such as cancer and its treatment, stress management, communication, and others. Caregivers of those in the intervention arm received 2 website modules covering the impact of cancer and recommendations for communication that enable the teen patient to take control of managing their condition. The control arm received education and was provided links to 12 websites about cancer. Teen patients in both arms participated in monthly phone calls with health coaches.

Several primary outcomes were evaluated, including rates of accrual and retention, protocol adherence, acceptability and satisfaction ratings among patients and caregivers, and level of engagement.

A total of 81 adolescent-caregiver pairs participated in the study. The average patient age was 15.2 years (SD, 1.7), and patients had been living with cancer for a mean 15 months (SD, 25.8), with 87.8% of patients on active treatment.

Patients in the intervention arm were mostly satisfied (81.5%) with the program, based on results of a questionnaire. Most caregivers (76.0%) who responded also reported satisfaction with the program.

“Although the online modules were designed with input from AWC, the program was challenging to implement in a pediatric setting due to significant loss to follow-up and low engagement,” the researchers concluded. In addition, the teen patients in this study were undergoing active treatment at the time. Some caregivers described the patients as being too unwell to participate, which may have affected the program engagement and completion rates. Therefore, the researchers suggest the program may be better administered to patients who have completed active treatment. 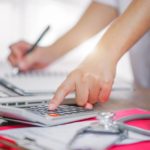