An analysis of 40 years of allogeneic blood or marrow transplantation (BMT) history revealed improvements in the risk of late mortality for patients who were younger or received bone marrow. However, life expectancy for recipients of allogeneic BMT in the more recent years of the analysis had not yet come to match that of the general population in the US. Results of the analysis were reported in the journal JAMA Oncology.

“To our knowledge, this is the first large, multi-institutional study with mature follow-up, inclusion of both adults and children, and use of rigorous methods to evaluate vital status in patients who undergo BMT,” the study authors reported.

This retrospective study was an analysis of data from the Blood or Marrow Transplant Survivor Study, and it focused on survival outcomes over time for patients who underwent allogeneic BMT and who survived for at least 2 years afterward. Data for analyses were separated into 3 time periods reflecting the time of BMT: 1974 through 1989, 1990 through 2004, and 2005 through 2014. Survival patterns in this study cohort were compared with sex-specific mortality patterns derived from 2003 US life-table data provided by the Centers for Disease Control and Prevention.

Improvements in late mortality rates were generally limited to patients who were younger than 18 during BMT or who received bone marrow as a source of stem cells. Patients who were older or who received peripheral blood stem cells (PBSCs) reportedly did not experience meaningful reductions in late mortality. Recurrence-related mortality showed a plateau at 10 years after BMT, but nonrelapse mortality continued to show an increase.

“There is a need to address the causes of late mortality among the older BMT recipients as well as those who receive PBSCs to improve outcomes,” the study authors concluded.

Disclosure: Some authors declared affiliations with biotech, pharmaceutical, and/or device companies. Please see the original reference for a full list of authors’ disclosures. 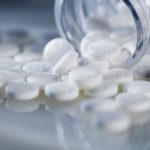