The US Supreme Court ruling that overturned Roe v Wade has enabled changes to abortion laws that could have unintended consequences for cancer patients and others seeking fertility preservation.1-3

The Dobbs v Jackson Women’s Health Organization ruling has led to abortion bans and restrictions in some US states and may result in additional restrictions in the future. These changes have not yet affected assisted reproductive technology (ART) and other fertility preservation efforts, but some health care providers and patients are worried about what the future holds.

A recent report by the American Society for Reproductive Medicine (ASRM) analyzed the so-called trigger laws in 13 states that ban or severely restrict abortions.2 Some of these laws have already taken effect, and others are expected to take effect in the near future.3

The ASRM report concluded that most of the laws should not impact in vitro fertilization (IVF) or other ART procedures because they define abortion specifically as terminating a pregnancy and do not apply to embryos and other tissue outside the body.2

An exception may be the trigger law in Utah, which has not yet taken effect. The report stated that this law “could be interpreted to have an impact on ART under the provision that defines abortion to include ‘[any] intentional killing or attempted killing of a live unborn child through a medical procedure carried out by a physician or through a substance used under the direction of a physician.’”

The law defines abortion as the “killing of a live unborn child,” but does not define “live unborn child,” said Joyce Reinecke, JD, executive director of the Alliance for Fertility Preservation in Lafayette, California, which focuses on fertility preservation access for cancer patients. The alliance is partnering with ASRM and other medical groups to follow abortion bills.

“When the life at issue is decoupled from pregnancy itself …, that is where the concern is for ART services or IVF procedures,” Reinecke noted.

The State of Abortion Laws

The Utah trigger law is not yet in effect because a judge blocked it in response to a lawsuit stating that the law violated the state constitution.4,5 Ultimately, the matter will likely be decided by the Utah Supreme Court.6

Nebraska is another state where the legal status of abortion has threatened to jeopardize the future of fertility treatment. In April, the state legislature narrowly defeated a trigger bill that defined an embryo created in a laboratory as an unborn child and could have made it a felony for physicians to perform standard-of-care IVF.7,8

Because of the broad language in the bill, physicians and clinic staff could have been criminally liable if embryos that were intended for implantation stopped developing in the laboratory or didn’t survive the freeze-thaw cycle, said Elizabeth Constance, MD, director of the fertility preservation program at Heartland Center for Reproductive Medicine in Omaha, Nebraska.

If that law had passed, Dr Constance and her colleagues may have been forced to implant embryos immediately after fertilization, rather than culturing and freezing them, which would dramatically reduce IVF success rates, she noted. In that scenario, IVF becomes so impractical and cost-ineffective that “we are in a position where we have to shut our doors,” she said.

Since April, Dr Constance and her colleagues have been talking with Nebraska senators about the importance of ensuring that any upcoming legislation does not threaten fertility treatment. Dr Constance and colleagues also created a Facebook group called “Save IVF Nebraska” to encourage patients, families, and supporters to share their stories and reach out “en masse” to their senators, she said.

For now, it appears that abortion will remain legal in Nebraska, though abortions after 20 weeks are banned in the state. Nebraska’s governor recently announced that he will not call a special session to amend the state’s abortion laws, due to a lack of legislative support.9

On the other hand, total or near-total abortion bans are now in effect in Arkansas, Idaho, Kentucky, Louisiana, Mississippi, Missouri, Oklahoma, South Dakota, Tennessee, and Texas.3

The ASRM report2 suggests that none of these bans are likely to affect fertility preservation, but abortion laws may be open to interpretation, said Sean Tipton, chief advocacy and policy officer for ASRM in Washington, DC.

The most likely way that abortion bans could restrict ART options is that “a sloppily worded piece of legislation gets through rather than something that explicitly targets IVF,” Tipton said.

The good news is that “very ardent right-to-life legislators” are saying they do not want to pass any laws that limit fertility treatments, Tipton added.

“That is an easy fix,” he said. “We can help with that; it is very easy to craft an abortion restriction which in no way impacts infertility care.” For example, abortions are banned in Alabama, but the law specifically makes an exception for fertilized eggs in a laboratory.10

Still, there has been a lot of concern in the medical and legal communities related to so-called personhood bills, which would give embryos and fetuses the same legal rights as people. These bills could make it illegal to discard unused embryos or do preimplantation genetic screening, which can be particularly important for patients with hereditary cancers.11

States have already passed restrictions on what can be done with embryos. For example, a Louisiana law passed in 1986 prohibits the discarding of embryos created through IVF, unless an embryo fails to develop after 36 hours.12,13 Similarly, states have already passed, or attempted to pass, laws that ban abortions in cases of fetal genetic abnormality.14

However, current abortion bans do not confer rights to embryos outside the context of pregnancy, and personhood bills that did would be difficult to pass, according to Tipton.

“Most effective anti-choice groups understand that that is a political loser,” he said. Likewise, Tipton said it is hard to imagine laws that would give legal rights to eggs or sperm and restrict freezing of these tissues. 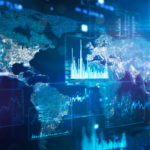 Behavioral Risk Factors Contributed Most to Global Cancer Burden in 2019