HealthDay News — During 1999 to 2018, there was a decrease in the rate of cancer-related suicide, according to a study published online Jan. 19 in the Journal of the National Cancer Institute.

Xuesong Han, PhD, from the American Cancer Society in Atlanta, and colleagues examined trends in the suicide rate among cancer patients using data from the 1999 to 2018 Multiple Cause of Death database.

The researchers identified a decreasing trend in cancer-related suicide during the study period, with an average annual percentage change (AAPC) of −2.8% for age-adjusted suicide rates compared with an increasing trend in overall suicide rates (AAPC, 1.7%). The largest decreases in cancer-related suicide rates were seen among high-risk populations, including male patients (AAPC, −3.0%), older patients (AAPC, −3.0% for those aged 65 to 84 years), and those with specific cancer types (prostate cancer: AAPC, −5.1%; lung cancer: AAPC, −4.7%).

“We identified a decreasing trend of cancer-related suicide during the past two decades, despite the continuous increases in overall suicide rates in the United States,” the authors write. “Although no causal relationship can be established, our findings suggest an evolving role of psycho-oncology care and palliative and hospice care given the promotion and increased utilization of these services among cancer patients during this period.” 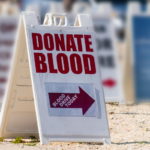