The most common inherited bleeding disorder, von Willebrand disease (VWD), is characterized by defective platelet adhesion and aggregation. VWD has an autosomal-dominant inheritance pattern and is characterized primarily by mucosa-associated bleeding as well as bleeding following surgery, invasive procedures, and trauma.

Because there are 3 major subtypes and multiple other subtypes of VWD, treatment is individualized based on the specific diagnosis as well as on the bleeding phenotype and the specific clinical context. Based on population studies, the prevalence of VWD is 0.6% to 1.3%; however, the estimated prevalence is about 1 case per 10,000 persons according to referrals to specialized centers.1

Sorting Out the Types of VWD

Type 1 VWD, which accounts for 70% to 80% of cases, is characterized by a quantitative deficiency of von Willebrand factor.1

Type 3 VWD, which is rare and accounts for less than 5% of cases, is also the most severe form.1 It is caused by the absence of circulating von Willebrand factor. Patients with type 3 VWD may experience joint bleeds similar to those seen in patients with hemophilia.

The severity of symptoms varies among patients depending on VWD subtype and the individual patient. For women with VWD, heavy menstrual bleeding can cause particular concern.

The diagnosis of VWD is based on a personal or family history of bleeding and laboratory evidence of abnormalities in von Willebrand factor or factor VIII or both. Although it is a well-known disorder, managing the disease is challenging for clinicians due to the variability in patients’ bleeding symptoms and a lack of high-certainty evidence to guide treatment decisions.

The previous guidelines, which were primarily focused on expert opinion, were limited with regard to patient preferences and critical examination of the evidence for specific recommendations. This has resulted in potentially higher costs for treatment, use of ineffective therapies, or lack of consideration of effective therapies.

But now new evidence-based guidelines have been released, in a joint effort from the American Society of Hematology (ASH), the International Society on Thrombosis and Haemostasis (ISTH), the National Hemophilia Foundation (NHF), and the World Federation of Hemophilia (WFH).2 The guidelines are intended to support patients, clinicians, and healthcare professionals in their decisions about management of VWD.

“The hope is that it will change clinical practice,” said Veronica Flood, MD, Clinical Co-Chair, ASH ISTH NHF WFH Guidelines on Management of VWD. She pointed out that what is unique about these guidelines is that they had patient input in addition to the recommendations of a multidisciplinary panel of physicians and scientists.

“Between the two panels, we had a total of 7 patients who were full voting members and who were really able to weigh in on the logistics of the recommendations and what this would mean to the patients themselves,” she said. “So I really think that this is not only going to make these guidelines more acceptable to patients but understandable and utilizable by patients.”

“As physicians, there are so many things we gloss over and we don’t understand that for the patient, this can be very negative.” 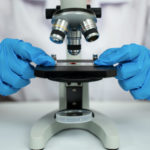