Although modern hemostatic assays have proven to be useful at helping to limit patient morbidity and mortality in emergency settings, assessing bleeding risks in patients with clinically relevant von Willebrand disease (VWD) has been difficult. However, a recent study demonstrated a rotational thromboelastometry (ROTEM)-based approach that may allow sensitive assessment of clinically relevant VWD, with results published in BMC Anesthesiology.

For a ristocetin-treated blood sample of 1 patient found to have type 3 VWD, supplementation with VWF resulted in a coagulation pattern that resembled that of a healthy control. This result led the authors to propose VWF treatment as a ROTEM-guided solution to acute bleeding in patients with similar assay results.

The study authors concluded that the ROTEM-based assay in the presence of ristocetin could help screen patients for clinically relevant VWD. Furthermore, addition of VWF to the assay could help to quickly determine the appropriateness of VWF supplementation in a setting of critical bleeding. Hemostatic therapies to combat excessive bleeding could obviate usage of blood transfusions, noted the authors. 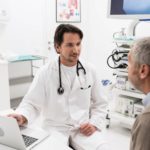 Safety Comparison of Apixaban vs Rivaroxaban for Thromboembolism Prevention