Diagnosing von Willebrand disease (VWD) is challenging due to its highly variable clinical presentation, including various types of bleeding such as gastrointestinal bleeding, gingival bleeding, severe menstrual bleeding, and epistaxis. The treatment of VWD often involves the use of factor replacement therapies, which have significantly evolved in recent years.

In a review article published in Blood Reviews, Flora Peyvandi, MD, PhD, of the department of pathophysiology and transplantation at the University of Milan in Italy, and colleagues summarized the advancement of factor replacement therapies for patients with VWD over the last few decades.

“The numerous von Willebrand factor (VWF) phenotypic presentations may require the use of different treatments, depending on the particular clinical situation,” the reviewers wrote. “Consequently, there is a need for optimal treatment based on personalized, comprehensive, lifelong care.”

In comparison with treatments for other bleeding disorders such as hemophilia, factor replacement therapies for VWD have progressed slowly over the past several years. The first replacement therapies were crude plasma protein products, which were found to improve factor VIII (FVIII) levels and bleeding times in patients with VWD. However, a key component of these preparations, plasma fraction I-O, was found to increase the risk of spreading blood-derived infections in some cases.

As a result, researchers began to develop more refined plasma-derived products using a variety of techniques such as viral inactivation. These plasma-derived concentrate products included varying ratios of VWF to FVIII, half-lives, and activity levels, which made them effective in reestablishing hemostasis. These products additionally contained differing amounts of high-molecular-weight VWF multimers, leading to potential variations in clinical efficacy and safety in certain scenarios.

“Such differences among concentrates contributed to the lack of a standardized approach to factor replacement in patients with VWD,” the reviewers wrote. 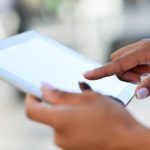