Von Willebrand factor (VWF) is a blood glycoprotein that has several key functions in the regulation of hemostasis. Various bleeding disorders are caused by dysfunctions in VWF, including different forms of von Willebrand disease (VWD) and acquired von Willebrand syndrome (AVWS). Many of these disorders share common clinical symptoms but remain pathogenically distinct at the molecular level.

In a review article published in the Journal of Atherosclerosis and Thrombosis, Hisanori Horiuchi, MD, PhD, of the department of molecular and cellular biology at Tohoku University in Japan, and colleagues summarized the molecular mechanisms underlying the development of AVWS. They also reviewed associations between several cardiovascular diseases and the development of AVWS.

Bleeding related to cardiovascular disease-induced AVWS often occurs in the gastrointestinal tract and is commonly caused by angiodysplasia, the accrual of dilated vessels in subepithelial tissue. Angiodysplastic lesions expand by way of the gastrointestinal tract, originating in the stomach and ending in the rectum. Current data suggest that one-fifth of angiodysplasia cases seen with AVWS occur in the small intestine.

“It is conceivable that the disease [AVWS] causes angiodysplasia, possibly through impaired perfusion of blood, reduced pulse pressure, or a decrease of high molecular weight multimers,” the reviewers noted. 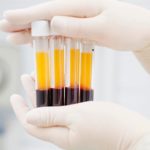