Rilzabrutinib, an oral inhibitor of Bruton tyrosine kinase (BTK), appears to be active in patients with immune thrombocytopenia, according to research published in The New England Journal of Medicine.

Immune thrombocytopenia, an autoimmune disease that does not usually signal underlying disease, is defined by immune-mediated platelet destruction. The consequent drop in platelet counts associated with the disease raises a patient’s risk of bleeding, fatigue, hospitalization, and death, and generally reduces health-related quality of life.

First-line therapies generally attempt to mitigate against platelet destruction with varying success, and these are not usually considered viable as long-term therapeutic strategies. Despite many options in both the first and second line, there is a need in this patient population for long-term strategies to reduce the risks of bleeding and death, and that generally improve quality of life.

BTK inhibition has increasingly become an area of interest for clinicians intending to treat immune-mediated diseases. Rilzabrutinib, an orally administered, reversible BTK inhibitor, has shown promise in preclinical study for this purpose, because of its tendency to induce both decreased macrophage–mediated platelet destruction and a reduction in the production of pathogenic autoantibodies. For this phase 1/2 study, researchers aimed to determine the safety and efficacy, and the optimal dosage, of rilzabrutinib among patients with immune thrombocytopenia.

Overall, 60 patients were included in this study. At baseline, the median age was 50 years (range, 19-74), 57% of patients were female sex, the median number of prior lines against immune thrombocytopenia was 4 (range 1-17), and the median platelet count was 15 × 103 per cubic millimeter. A total of 15 patients (25%) had undergone prior splenectomy.

Overall, the median number of days to reaching a platelet count of at least 50 × 103 per cubic millimeter was 11.5. No grade 3 or worse adverse events were noted, and all events were transient. 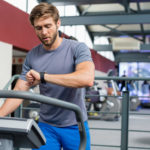