Von Willebrand Disease (VWD) is the most common inherited bleeding disorder, affecting an estimated 1% of the general population. Although the prevalence of VWD is similar in men and women, there is a higher frequency of symptoms among female patients due to increased bleeding during reproductive events including menstruation and pregnancy.1,2 For this reason, women and girls represent approximately two-thirds of patients seen at hemophilia treatment centers.

While the diagnosis and subclassification of VWD remain challenging in clinical practice, there have been substantial advances in clarifying mechanisms involved in the pathogenesis of VWD, as well as significant improvements in screening and diagnostic techniques. For example, a self-administered bleeding assessment tool (BAT) for adults and a BAT intended for use in pediatric populations have been added to the range of validated BAT options. In addition, new laboratory assays have been developed to overcome the limitations of the ristocetin cofactor activity assay — traditionally considered the gold standard method of testing von Willebrand factor (VWF) function — and to assess VWF collagen binding.1

There have also been several advances in VWD management, most notably the introduction of the first recombinant human VWF concentrate (rVWF; brand name Vonvendi® in the United States) for the treatment of adult patients with VWD. In a phase 3 trial published in 2015 in Blood, a single infusion of rVWF was effective in managing bleeding in 81.8% of 192 bleeding episodes among 22 patients with severe VWD.3 Overall, hemostatic efﬁcacy was deemed excellent in 97% of these cases. Additionally, a phase 3 trial published in 2019 in the Journal of Thrombosis and Haemostasis demonstrated the efficacy of rVWF in preventing bleeding in patients with severe VWD undergoing elective surgery.4 The available evidence supports a favorable safety profile for rVWF.

Currently, a collaborative group of members from the American Society of Hematology, the International Society on Thrombosis and Haemostasis, the National Hemophilia Foundation, the World Federation of Hemophilia, and the University of Kansas is developing updated evidence-based guidelines for the diagnosis and management of VWD, with input from panels consisting of hematologists, patients, and scientists.5

Hematology Advisor: What are some of the most notable recent developments pertaining to VWD?

Dr Lawrence: Most of the notable recent developments in VWD come from new methods of laboratory testing to aid in its diagnosis. The limitations of measuring von Willebrand activity via the VWF ristocetin cofactor assay have been well-known for some time: In addition to its high coefficient of variation and relative insensitivity to low activity levels <20%, it is affected by sequence polymorphisms that have not been shown to have clinical relevance.

The VWF:GP1bM assays are ristocetin-independent tests that measure binding of VWF to recombinant platelet glycoprotein GP1bM. They are therefore not affected by these benign sequence variants, have a much lower limit of detection, and have a significantly lower coefficient of variation. While the ristocetin cofactor activity remains a forefront screening test at many centers due to the limited commercial availability of the VWF:GP1bM assay, the latter is gaining increasing favor as either part of the initial screening or as a complementary test to the traditional ristocetin cofactor assay.

Similarly, we are starting to see wider availability and use of collagen binding assays. The assays are more sensitive to mutations affecting the collagen binding domains of VWF (often seen in certain cases of type 2M) and is more sensitive in detecting absence of [von Willebrand] high molecular weight multimers seen in type 2A and 2B VWD.

The primary therapeutic advancement in VWD in the past decade has been the development of a recombinant VWF concentrate, Vonvendi®, which was first FDA-approved in 2015 for on-demand treatment of episodic bleeding in adult patients with VWD, and achieved expanded approval in 2018 for use in perioperative management in adult patients. It provides several potential advantages over plasma-derived concentrate including a lower infusion volume, longer half-life, and avoidance of accumulation of factor 8 and its potential accompanying thrombotic risk in patients requiring frequent repeat concentrate dosing. 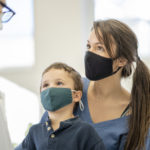