Hemophilic arthropathy impairs postural balance in children with hemophilia. Balance evaluations may detect early signs of musculoskeletal disorders and should be part of a rehabilitation program for pediatric patients with hemophilia, according to research published in Haemophilia.

Patients with severe hemophilia often develop hemarthroses, and recurrent hemarthroses can impair postural balance, which can lead to functional deterioration and an increased risk for falls or injury.

An observational cross-sectional study included 21 male patients aged 6 to 18 years with severe hemophilia who had hemophilic arthropathy in at least 1 lower limb joint. The researchers compared these patients to 21 male participants without hemophilia as controls. Muscle strength was measured, and the Haemophilia Joint Health Score (HJHS) was used to assess joint status. Static postural balance was measured by a force platform, with patients standing on both feet with eyes opened and again with eyes closed for 60 seconds each time.

Muscle strength was similar across all participants in both groups. Pediatric patients with hemophilic arthropathy in lower limb joints were found to have more impairment in their bipedal stance compared with participants without hemophilia in the control group.

Mediolateral displacement in center of pressure measurements was significantly increased in patients with hemophilia than in the control group in both the eyes-opened and eyes-closed tests (P =.04 and P =.02, respectively).

The authors also found a significant increase in mediolateral velocity in bipedal stance in patients with hemophilia compared with the control group (P =.02 for eyes opened and P =.03 for eyes closed).

The parameters of anteroposterior direction were similar in both groups, except anteroposterior velocity was higher in the patients with hemophilia in the eyes-closed test. This may be because of similarities in muscle strength; lower limb muscle strength is responsible for maintaining postural balance and reducing sway.

The authors concluded that balance evaluations should be included in the assessment of pediatric patients with hemophilia. Impairments in static postural balance may be an early sign of a musculoskeletal system disorder. Rehabilitation programs should include postural control and balance exercises to increase stability. 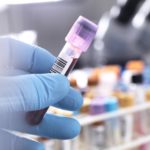 Highlights of the 2021 Joint Guidelines for Managing von Willebrand Disease