Testing of in vitro platelet function using flow cytometry may accurately predict the risk of bleeding in patients with acute myeloid leukemia (AML), according to research published in the American Journal of Hematology.

In patients with AML and thrombocytopenia, bleeding is a dangerous and potentially fatal complication. Low platelet count and reduced platelet activation contribute to bleeding complications. Prophylactic transfusions in these patients are standard.

In this prospective study, 60 patients with AML who had a platelet count below 50 x 109/L were recruited and followed for 18 months. Independent predictors of bleeding, including platelet aggregation response and platelet activation, were measured. Platelet aggregation measures included the percentage of activation of glycoprotein IIb/IIIa receptors with thrombin receptor-activating peptide (TRAP) or collagen-related peptide and the percentage of P-selectin-positive platelets after TRAP stimulation.

Bleeding was reported in 65% of patients. Bleeding was not found to be associated with platelet or leukocyte count, hemoglobin, fibrinogen activity, or activated partial thromboplastin time. However, platelet aggregation, activated GPIIb/IIIa following TRAP stimulation, P-selectin-positive platelets following TRAP stimulation, and platelet activation were all associated with bleeding.

Additionally, bleeding risk was accurately predicted in a subgroup of patients identified as having low bleeding risk with traditional risk stratification methods, a fact that highlights the need for better markers, the authors noted. Using platelet function markers also identified high-risk bleeding groups and was associated with prophylactic platelet transfusions in the next week.

In vitro tests of platelet aggregation and activation predicted in vivo bleeding in patients with AML and thrombocytopenia, including low-risk patients who did not meet the threshold for prophylactic blood transfusions. These results support the use of platelet function tests to better risk stratify patients and manage bleeding complications. 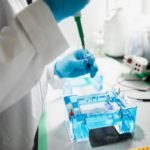