Results from the My Life, Our Future project identified numerous unique variants, some of which were novel, among patients with hemophilia A and B, and was published in the Journal of Thrombosis and Haemostasis.

“The My Life, Our Future project was developed to improve our understanding of hemophilia through wide-scale access to free hemophilia genotype analysis for patients in the United States,” the authors wrote.

The My Life, Our Future study enrolled 11,341 patients with, or potential genetic carriers of, hemophilia A or B between 2013 and 2017. All patients underwent genotyping for variants. Inhibitor data were analyzed to determine if there was a relationship between inhibitor formation and genotype.

The authors concluded that “we demonstrate that hemophilia genotyping is a high hied test, with reportable variants identified in over 98% of subjects.” They added that “this effort has contributed significantly toward better understanding variation in the F8 and F9 genes in hemophilia and the impact on disease severity and inhibitor formation.”

Disclosures: This study was supported by Biogen/Bioverativ. Please see the original reference for a full list of disclosures. 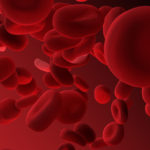