A correlation was seen between 2 methods of scoring hemophilic arthropathy in pediatric patients with hemophilia, according to study results reported in PLoS One.

A method for evaluating joint arthropathy in patients with hemophilia based on ultrasonography, called the Hemophilia Early Arthropathy Detection With Ultrasound (HEAD-US) protocol, has been developed. However, according to the study investigators, the performance of this approach is not entirely understood, such as in evaluating patients receiving episodic treatment, who may show a range of severities of joint changes.

The study was a cross-sectional correlation study that was based in Indonesia, a country in which hemophilia treatment is generally administered on an episodic, rather than prophylactic, basis, according to the study investigators.

In this study, the HEAD-US protocol and the Hemophiliac Joint Health Score (HJHS) system were evaluated in patients with severe hemophilia A to assess the level of correlation between these scoring systems. A musculoskeletal radiologist performed ultrasounds of elbow, knee, and ankle joints for HEAD-US scoring, while HJHS evaluation was performed by a trained physiotherapist and a medical rehabilitation specialist.

A total of 20 individuals were evaluated with both methods, and 120 joints were examined overall. Patients had a mean age of 9.35 years (range, 5-14), and all had received episodic therapy, with none receiving prophylaxis. In this population, the median score using the HEAD-US method was 8 (range, 1-28), and the ankle was identified by ultrasound as the most affected joint in general. The median score by the HJHS method was 3 (range, 0-35).

The researchers found a moderate correlation between HEAD-US and HJHS scores, with a Spearman correlation coefficient of 0.652 (P <.05).

Reportedly, when individual joints of patients with an HJHS score of 0 were evaluated, HEAD-US showed greater positivity with ankles than with knee or elbow joints. The investigators postulated that weight-bearing activity may impact ankles more readily than knees or elbows.

The study investigators concluded that in patients with hemophilia receiving episodic treatment, HEAD-US and HJHS scores were moderately correlated. “HEAD-US may provide additional value in detecting anatomical joint changes before any abnormalities are observed clinically, while HJHS is better in evaluating functional status,” the investigators wrote in their report. They recommended these methods be used in a complementary manner in evaluation of patients with hemophilic arthropathy. 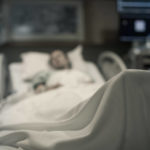