The most common inherited bleeding disorder, von Willebrand Disease (VWD), ranges in prevalence from 0.1% to 1%. Diagnostic challenges in the evaluation of VWD result from high interpatient variability, variations in von Willebrand factor (VWF) concentration levels, differences in VWF gene mutations, patient-level factors, and uncertainties about diagnostic criteria. Furthermore, the lack of standardization of laboratory tools and assays complicates evaluation and management of the disease.1

In a review article published in the journal Hematology/Oncology Clinics of North America, Sarah H O’Brien, MD, of the Nationwide Children’s Hospital and The Ohio State University College of Medicine in Columbus, and Surbhi Saini, MD, of the Penn State Hershey’s Children’s Hospital and Penn State University College of Medicine in Hersey, Pennsylvania, reviewed the diagnosis, treatment, and management of VWD, as well as the latest technologies in laboratory evaluations and assays.

Environmental and patient-level factors such as inflammation, exercise, stress, and anxiety of parents can increase factor VIII, meaning qualitative questionnaires and quantitative laboratory tests often yield subjective results. Other factors such as age, race, estrogen levels, and blood type may also affect the diagnosis of VWD and must be taken in consideration. Of note, women of reproductive age may exhibit symptomatic bleeding more often than men because of menstruation and childbirth, and menorrhagia is a significant comorbidity in VWD.2

Validated tools can assist clinicians in screening patients at risk of bleeding disorders. The National Heart, Lung, and Blood Institute (NHLBI) provides a questionnaire for patients at risk of bleeding disorders. Objective bleeding assessment tools (BATs) can calculate bleeding scores relative to bleeding symptoms, frequency, and severity, as well as the intensity of intervention required, with high sensitivity and negative predictive value.1 In a BAT that assigns scores between 0 and 4 to a variety of bleeding symptoms, total scores greater than 3 in men and 5 in women have been found to be indicative of high bleeding tendency, and total scores appear to correlate with VWF activity and antigen levels.1 A pediatric-specific bleeding questionnaire is also available (with questions such as postcircumcision and umbilical stump bleeding); a score greater than 2 was found to have a high negative predictive value and sensitivity for VWD. Bleeding questionnaires should be evaluated by a hematologist to determine whether a lab screening is needed to confirm diagnosis.1,2

Up to 75% of patients have type 1 VWD, defined as a partial deficiency in VWF plasma concentration levels. Type 2 VWD, with subtypes 2A, 2B, 2M, and 2N, is characterized by qualitative defects in VWF platelet binding due to deficiencies in high molecular weight multimer levels. Type 3 disease, the most severe and rarest form of VWD, is characterized by very low levels or absence of VWF and low levels of factor VIII and occurs through autosomal recessive inheritance and large VWF gene deletions. Finally, patients with VWD levels between 30 IU/dL and 50 IU/dL who present with mild bleeding symptoms are classified as having low VWF levels but not Type 1 VWD; this condition has been reported in a proportion of patients with type O blood.1,2

Activated partial thromboplastin time (aPTT) and prothrombin time (PT) are not reliable in screening and diagnosis but can detect severe deficiencies of VWF in type 3 and type 2N disease. Prolongation of aPTT occurs when loss of VWF carrying capabilities of factor VIII leads to very low factor VIII levels. Platelet function analyzers (such as the PFA-100) assess platelet aggregation and adhesion to collagen; these tests are sensitive to severe reductions in VWF but do not assist in the diagnosis of type 1 VWD.1 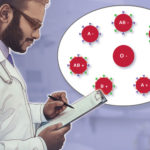