A recent study characterized the bleeding disorders present in women and girls with records in the American Thrombosis and Hemostasis Network dataset (ATHNdataset), and the researchers found that the majority of women and girls in the dataset had been diagnosed with von Willebrand disease (VWD). The study results were published in the Journal of Women’s Health.

“There are increasing numbers of women and girls diagnosed with bleeding disorders due to improved recognition of symptoms, and sex-specific surveillance is critical to understanding impact and improving care,” wrote the researchers.

Among comorbidities reported in the dataset, 15.8% of patients who were 15 years or older had reproductive tract bleeding, which most commonly related to heavy menstrual bleeding. Joint bleeding was found in 8.6% of included patients, and large joint bleeding comprised 27.1% of these cases.

The researchers noted that the ATHNdataset can be used for both surveillance and research but also that the dataset may show underreporting of some female-specific conditions. They stressed the need for continually addressing the diagnostic and treatment needs of women and girls who have bleeding disorders. 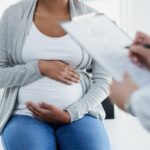