When assessing a child with bleeding symptoms, health care providers must keep in mind that a coagulation disorder, physical child abuse, or both may underlie the symptoms.

In a recent review published in Hämostaseologie, Ralf Knöfler, MD, of the department of pediatric hemostaseology at the Technical Univeristy Dresden in Germany, and colleagues highlighted the interdisciplinary approach that is needed to discern between coagulation disorders and child abuse. The review also covered the significance and specificities of physical injuries as they pertain to child abuse and included a detailed checklist for assessing a child with suspicious bleeding.

Attaining a detailed patient history is critical for diagnosing coagulation disorders in children. Patient bleeding history should include symptoms present during infancy, such as umbilical cord bleeding, cephalohematoma, hematoma caused by suckling, and prolonged bleeding after the Guthrie test heel prick or circumcision. Other bleedings that should be evaluated include epistaxis, mucosal bleeding, menorrhagia, soft-tissue and joint bleeding, and gastrointestinal bleeding.

A standardized bleeding questionnaire such as the International Society of Thrombosis and Haemostasis-Bleeding Assessment Tool (ISTH-BAT) is helpful for collecting patient bleeding history and determining when a child should be referred to a hematologist for further evaluation. Family history of bleeding events and consanguinity should also be recorded.

In cases of child abuse, the child may experience sudden emotional or behavior changes, such as difficulty sleeping, withdrawing, and aggression. Therefore, behavioral history should also be assessed. Physicians should also pay special attention to parent or caregiver behaviors and remain thoughtful about the plausibility of explanations for the child’s injuries.

“Abuse is often perpetrated by the parents or someone from the close family,” said Dr Knöfler in an interview with Hematology Advisor. “A pediatrician, the staff in the kindergarten or school, and even other parents may sense if the behavior of the parents towards the child is conspicuous.” 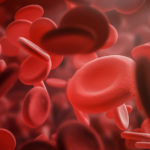