Clinical outcomes for patients with sickle cell disease (SCD) can vary by sex, according to research published in PLOS One. Female sex is associated with longer life in people with SCD, but little else is known about sex-based differences in clinical outcomes for the disease. The authors of this report sought to better understand the relationship between sex and outcomes among patients enrolled in the Sickle Cell Disease Implementation Consortium (SCDIC) registry.

The study included 2124 participants, of whom 1190 were female and 934 were male. Female patients had worse pain scores (P ≤.0001) and a higher rate of hospital admissions (P =.03). Males had more skin ulcers and respiratory, musculoskeletal, genitourinary, and cardiovascular complications. Females were more likely to have anxiety, depression, or autoimmune diseases.

Both males and females had similar reported opioid use. Females had more vaso-occlusive episodes (VOEs), but males were more likely to have life-threatening complications.

Almost half of participants reported having 4 or more VOEs within the past year. Previous studies have found an increase in VOEs with menstruation, and the authors suggested further research into the connections between menstruation and VOEs and pain.

The study had limitations, including that the results did not account for lifestyle differences in participants. The study also included only patients who had access to SCD experts and who had literacy in English, so the results have limited generalizability.

However, the findings of sex-based differences in SCD outcomes does warrant further study. 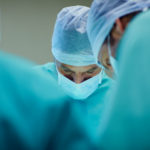