Among patients with sickle cell disease (SCD), systemic corticosteroid exposure may increase the risk of a vaso-occlusive episode (VOE), according to research published in Blood. The researchers suggested that these drugs should be avoided in the SCD population.

SCD is diagnosed in approximately 300,000 newborns annually worldwide, and is the most common monogenic disease. VOEs are frequently found in this patient population, and comprise the single factor associated with the highest rate of seeking clinical care; these episodes are, furthermore, associated with both morbidity and mortality.

Previous research has suggested that exposure to corticosteroids may be implicated in the occurrence of VOEs among patients with SCD. There are, however, mixed reports on this relationship, with some research suggesting that inhaled corticosteroids may not be linked with VOEs.

Given mixed findings from previous studies, it was previously difficult to form any conclusive judgment on the relationship between corticosteroids and VOEs. For this case-case-time-control–based study, researchers aimed to determine the existence of such a relationship among a cohort of patients with SCD.

Overall, of 14,611 patient-hospitalizations for VOE noted, data from 5151 patients were included in the present analysis. In this cohort, 53.9% of patients were female sex, the median age at first VOE was 16.9 years, and 2.9% of patients died during the study period. All data were obtained from the French national health insurance database; the study period was 2010 through 2018.

“In conclusion, this study sustains that systemic corticosteroids were associated with increased risk of hospitalization for VOE and should be limited in patients with SCD,” the authors wrote. 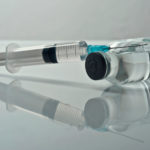