Haplo-identical donors (HDs) may be an alternative option for patients with Fanconi anemia (FA) undergoing hematopoietic stem cell transplantation (HSCT), according to research published in the American Journal of Hematology.

Patients with FA are predisposed to hematologic abnormalities and malignancies. Allogeneic HSCT is the only curative treatment, although it doesn’t prevent solid tumors in the head and neck. However, data on outcomes for patients with FA undergoing HSCT with non-HLA-identical donors are lacking.

Previous research has shown that outcomes are better in patients with FA who have an HLA-identical donor than those who use an alternative donor. However, most patients with FA do not have an unaffected matched sibling.

Outcomes with HLA-matched unrelated donors have improved in the past decade, but outcomes with non-HLA identical donors are still poor.

This retrospective, multicenter study included 215 patients with FA with a median age of 9.7 years. Of these, 123 patients underwent transplant with a MMUD, and 92 had a transplant with HD. Of those with an HD, 33 patients received in vivo T-cell depletion (TCD), while 59 received in vivo TCD and ex-vivo TCD with graft manipulation simultaneously. Of the transplants, 51.9% used bone marrow as the stem cell sources and 48.1% used peripheral blood stem cells.

The group with MMUDs had a 2-year survival probability of 62%, compared to 60% for HDs with graft manipulation and 80% for HD with only in vivo TCD. The 2-year overall survival for all patients was 64%.

Grade II-IV acute graft-versus-host disease (GVHD) was similar between the MMUD and HDs with no graft manipulation (41% vs 40%, P =.005). GVHD occurred in 17% of patients who received HDs with in vivo and ex vivo TCD.

The study authors noted some limitations in the results. Transplants performed in more recent years had better outcomes for OS, EFS, and acute and chronic GVHD. Also, details on ex-vivo TCD procedures were not recorded in all cases, so the authors couldn’t evaluate differences in procedures.

Overall, the study showed that there’s little experience with HDs in patients with FA, and future prospective trials can evaluate alternative non-HLA identical donors for these patients and include long-term follow-up. 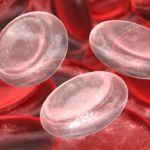 Parsaclisib May Be Safe, Effective in Autoimmune Hemolytic Anemia