A case report in the journal Blood Cells, Molecules and Disease described the experience of a 29-year-old female who was diagnosed with paroxysmal nocturnal hemoglobinuria (PNH) soon after receiving a first dose of a messenger RNA (mRNA)-based COVID-19 vaccine. The report was authored by Kawthar Jarrah, MBBS, of American University of Beirut Medical Center in Beirut, Lebanon, and colleagues.

PNH is a rare, acquired, X-linked hematologic condition with a variable clinical presentation, in which red blood cells are at risk of complement-mediated hemolysis. This is due to a loss of cell-surface anchor proteins that function as complement inhibitors. Circumstances of increased complement amplification may increase hemolysis risk, the authors explained in their report. The authors also indicated that published case series have reportedly shown possible links between PNH exacerbations and mRNA-based COVID-19 vaccines in 6 patients.

This patient in this case report had no significant illnesses or conditions, although years prior she was found to have mild thrombocytopenia. She had a mild case of COVID-19, but developed recurring headaches and palpitations following the infection. She was vaccinated with the first dose of an mRNA-based COVID-19 vaccine 4 months after infection. A week after this vaccination, her headache worsened, and blood analyses revealed leukopenia, macrocytic anemia, and thrombocytopenia. After a series of tests, flow cytometric analysis confirmed a PNH diagnosis based on the loss of anchor proteins in granulocytes, monocytes, and red blood cells.

“In our patient, we suspect that the trigger might be the initial SARS Cov2 infection, that was later on exacerbated after receiving the mRNA COVID19 vaccine,” the authors wrote. They also noted this patient’s diagnostic process occurred only after the worsening of her headache a week after receipt of the first vaccine dose.

“As the infection itself leads to a severe inflammatory state, the benefits of vaccinating patients with PNH likely outweigh the risks despite the fact that the vaccine itself could exacerbate hemolysis in PNH,” Dr Jarrah and colleagues wrote. However, they explained, there should be awareness of this possible effect following vaccination, including among patients.

“In summary, we report here a case of 29 year-old female with undiagnosed PNH who became symptomatic a week after receiving the first dose of COVID-19 vaccine and later diagnosed with PNH on flow cytometry,” Dr Jarrah and colleagues wrote in their report. They concluded that clinicians should be aware of the rare possibility of this outcome following vaccination against COVID-19. 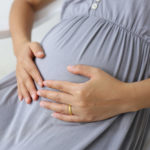