The study, published in the American Journal of Hematology, was a prospective, multicenter, randomized comparison that aimed to evaluate the safety and efficacy of IIM and iron sucrose in a broad population of patients with iron deficiency anemia. The primary end points were a change in hemoglobin from baseline to week 8 and adjudicated serious or severe hypersensitivity reactions.

The efficacy end point demonstrated noninferiority in hemoglobin change between the 2 treatment groups from baseline to week 8. Patients receiving IIM showed a more rapid hematologic response in the first 2 weeks compared with patients in the iron sucrose group (P <.0001). However, the median time to hemoglobin increase of at least 2 g/dL was 28 days in both groups (P =.088). 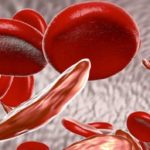