A study in Blood Advances revealed that patients with sickle cell disease (SCD) show a substantial risk of bleeding events, especially in the gastrointestinal (GI) tract.

“This report, to our knowledge, is the first study of the incidence of bleeding events in patients with SCD,” stated the study authors in their report.

The study was a retrospective analysis of records from emergency department and hospitalization databases in California. The researchers included 6423 patients with SCD in the analysis. Cumulative bleeding incidences and associated risk factors were examined.

Among evaluated risk factors, the strongest association with bleeding risk was shown for the occurrence of venous thromboembolism within 180 days prior to a bleeding event (hazard ratio [HR], 4.24 [95% CI, 2.86-6.28]). Frequent hospitalization was associated with an approximately 2-fold elevated risk of bleeding (HR, 2.16 [95% CI, 1.93-2.42]).

When adjusting for SCD-associated complications, incident bleeding was associated with an approximately doubled risk of mortality (P <.0001).

“We demonstrated a high risk of bleeding, with the novel finding of a high incidence of GI bleeding compared with the general population, and a two-fold increased risk for mortality associated with bleeding,” concluded the study authors. They also suggested that treatment with non-steroidal anti-inflammatories may need to be limited in patients with SCD and that ulcer prophylaxis may need to be used during hospitalizations. 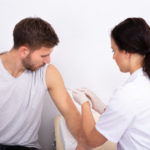