Initial blood counts provide the best predictors of response to immunosuppressive therapy (IST) plus eltrombopag (EPAG) for patients with severe aplastic anemia (SAA), according to research published in Haematologica.

EPAG is a synthetic thrombopoietin receptor antagonist that has been found to improve outcomes compared to IST alone. This is the standard nontransplant treatment for SAA.

The single-center retrospective study sought to determine whether predictors of response to IST were also associated with response to IST plus EPAG. The authors also aimed to identify subgroups of patients who may benefit from the combination treatment.

Baseline blood counts were not predictive of CR in patients treated with EPAG plus IST, although there was an age-based association. CR was associated with lower ALC in children younger than 10 years and with a higher ALC in adolescents and adults.

Based on these results, baseline blood counts are the best predictor of response to nontransplant therapies for SA. Patients with ANC between 10-30×109/L have better prognosis with IST plus EPAG. 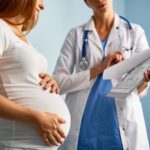