An intervention package with WhatsApp-based follow-ups appears to improve clinical guidance adherence and hemoglobin levels among pregnant patients with anemia, according to research published in the International Journal of Environmental Research and Public Health.

Previously published data suggest that approximately 40% of all pregnant women are anemic, which is defined as insufficient hemoglobin levels or red blood cell count for meeting the physiological needs of the focal patient. Data have also showed that iron-deficiency anemia is the most common variety.

Although researchers have previously identified risk factors for anemia during pregnancy as well as determined strong strategies for managing the condition, anemia persists in many pregnant patients. Iron supplementation is, for example, free for patients in many countries, but poor compliance has been identified as a major factor for persistent anemia.

Analysis showed that, from an initial pretest to a post-intervention post-test, knowledge about anemia, food selection ability, and hemoglobin levels all significantly improved in the HIPP group (all P <.001) but not in the control group (all P >.05).

“Nurses, midwives, and obstetricians could use the Health Information Package Program as an effective educational intervention among pregnant women, which is evidenced by the improvement in hemoglobin levels,” the authors wrote. “Further and more detailed surveys on anemia during pregnancy and its associated factors should be conducted to ensure the representativeness of the results to the population.” 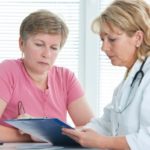