A study based on an analysis of insurance claims data in South Korea indicated an increased odds of ischemic stroke in patients with anemia, in addition to an increased risk of poststroke mortality. The study results were published in the Journal of Clinical Medicine.

Data used in the study were retrieved from the National Health Insurance Service cohort of South Korea, with selected patients being adults who had a primary diagnosis of anemia during the period from January 2005 through December 2018, such as a nutritional anemia, aplastic anemia, or any of other various types of anemia. A control group was additionally identified through propensity score matching, and this group was twice as large as the study group of patients with anemia. Patterns of ischemic stroke, as well as survival outcomes with ischemic stroke, were evaluated in these groups of subjects.

The researchers identified 58,699 patients who had new anemia diagnoses during the study period. The group of patients with anemia diagnoses showed a rate of ischemic stroke with 1 year of 0.550%, compared with a rate of 0.272% for the control group. The translated into an adjusted odds ratio (OR) of 1.602 (95% CI, 1.363-1.883) for anemia being associated with ischemic stroke within 1 year.

“Similar to previous studies’ results, this study identified anemia as a disease that can be a risk factor for ischemic stroke development and is associated with post-stroke mortality risk,” the study investigators wrote in their report. They also recommended investigation and management of anemia following ischemic stroke due to the risk of mortality. 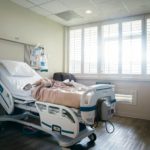