Racial and ethnic minorities in the United States have an increased risk of familial- associated early-onset cancer when compared with non-Latino Whites, according to a study published in eLife.

The study showed significant differences according to cancer type and race/ethnicity.

Previous studies were conducted in populations of mostly European descent, said Joseph Wiemels, PhD, professor of preventive medicine at the Keck School of Medicine at the University of Southern California in Los Angeles and senior author of the current study.

The new study is the first to examine ethnic-specific familial cancer risks using a large dataset drawn from the diverse population of California, Dr Wiemels said in an interview.

To conduct the study, Dr Wiemels and colleagues linked data from the California Cancer Registry with the California Birth Statistical Master File. The combined dataset captured all cancer cases among patients from 0 to 26 years of age (probands) from 1989 to 2015, as well as siblings and mothers who later developed cancer.

“We didn’t look at dads because we didn’t have good information on dads,” Dr Wiemels noted.

The researchers identified 29,072 pediatric and adolescent or young adult probands, as well as 112 siblings and 65 mothers later diagnosed with cancer.

Data were insufficient to make that comparison for non-Latino Black, Asian, or Pacific Islander families.

These results suggest a higher probability of finding cancer predisposition alleles in the family line of minority patients, Dr Wiemels said. In future research, he and his colleagues may examine the genes and mutations involved and compare them to those found in similar population studies of non-Latino White individuals.

“How this impacts the clinic is really to make physicians and genetic counselors aware of this issue,” Dr Wiemels said. “It may change their propensity to get genetic testing when they have minority families where this family cancer clustering seems to be at a higher frequency.”

Disclosures: This research was supported by V Foundation and others. The study authors declared no competing interests. Please see the original reference for disclosures. 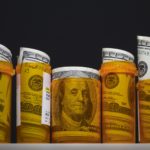