“The PMT can be used to alert [CPSs] of potentially interacting medications, allowing a CPS to quickly and efficiently address any potential concerns and eliminating the need for routinely scheduled appointments,” wrote the authors.

The team used the DOAC PMT to identify 3400 patients receiving DOAC therapy from February to March 2019. Of the cohort, 150 patients (4.4%) had active or recently expired prescriptions for an NSAID.

Among the 150 patients with potential interactions, 57 patients (38%) were not receiving GI protective therapy. It was determined that 19 patients (13%) did not require an intervention, whereas 38 patients (23%) needed CPS intervention.

The investigators highlighted the limitations of the study as potential over-the-counter NSAID use and undocumented care provided, nonadherence to medication directions, out-of-date medication lists, and grey areas in clinical judgment.

“The majority of the patients identified did not require a clinical intervention; many patients on concurrent DOAC/NSAID therapy are managed appropriately,” wrote the authors.

“The DOAC PMT can be used to efficiently address any potential concerns regarding DOAC/NSAID interactions. Providers should continue to assess the risks against the potential benefits of NSAID use in each clinical situation,” concluded the investigators. 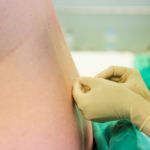