An overall response rate (ORR) of 70.1% was seen with camidanlumab tesirine in treatment of relapsed/refractory classical Hodgkin lymphoma (R/R cHL), according to recent findings of a phase 2 study. Results were reported at the Annual Meeting of the Society of Hematologic Oncology (SOHO) by Carmelo Carlo-Stella, MD, of Humanitas University and IRCCS Humanitas Research Hospital in Milano, Italy, and colleagues.1

Camidanlumab tesirine is an anti-CD25 monoclonal antibody–drug conjugate containing a pyrrolobenzodiazepine (PBD) dimer. In their presentation, Dr Carlo-Stella and colleagues reported on efficacy and safety results with camidanlumab tesirine monotherapy in treatment of R/R cHL.

Patients in this study were given camidanlumab tesirine intravenously, dosed at 45 mg/kg on day 1 of every 3-week cycle for 2 cycles. Patients then received the agent dosed at 30 mg/kg from cycle 3 and onwards for a maximum of 1 year. The primary endpoint was the ORR, and secondary endpoints involved duration of response (DOR), progression-free survival (PFS), and safety.

Immune-related TEAEs were reported in 32.5% of patients. TEAEs of grade 3 or higher considered related to the PBD dimer included skin/nail reactions in 20.5% and hepatobiliary test abnormalities in 6.8%. There were 8 patients who experienced Guillain-Barré syndrome/polyradiculopathy.

Dr Carlo-Stella and colleagues considered the safety profile in this study to be consistent with earlier findings. Camidanlumab tesirine showed a 70.1% ORR and 33.3% CR rate in a population that the researchers noted was heavily pretreated and who had prior failure with both brentuximab vedotin and PD-1 blockade. 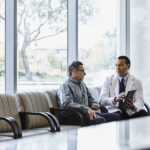