Educational tools may provide a way for caregivers and physicians to better account for the lived experiences of some patients with relapsed or refractory diffuse large B-cell lymphoma (DLBCL), according to research presented at the Annual Meeting of the Society of Hematologic Oncology (SOHO).

DLBCL has a heterogeneous disease trajectory. It can therefore be difficult to make treatment plans for patients who develop relapsed or refractory disease, particularly when they are ineligible for transplantation.

Previous research has suggested that in this setting, shared decision making — taking into account patient and caregiver preferences — can improve both patient engagement and satisfaction.

There are, however, limited data about the benefits of shared decision making in the second and third lines of treatment in DLBCL. For this study, researchers explored treatment decision–making patterns among oncologists, caregivers, and physicians in a group of patients with relapsed/refractory DLBCL who were ineligible for transplantation.

Overall, 30 patients were enrolled, including 14 patients with DLBCL who had completed at least a second line of therapy within the preceding 5 years. A total of 8 caregivers and 8 oncologists were also included. Among patients and caregivers, 50% and 87%, respectively, were older than 50 years, and 79% of caregivers were White.

Data from 1-hour interviews suggested that rapid-moving care, shock of diagnosis, or treatment failure prevented both patients and caregivers being involved in treatment decisions by clinicians. Because patients believed their treatment plans followed established standards, 71% of patients and 38% of caregivers felt their efficacy in shared decision making was low.

Clinicians claimed that in cases where there is an established standard of care or where treatment options are limited, barriers to involving patients in decision-making may be reasonable. By the second or third line of treatment, however, 43% of patients felt that cumulative treatment experience had helped to shape their preferences, and that they had better autonomy and clearer expectations about the effects of treatment.

Although 71% of patients received educational materials from their oncologists, a subset felt that there were additional concerns for which they would have liked resources.

Overall, the majority (71%) of patients indicated satisfaction with their overall treatment experience, while 21% believed a more personalized treatment approach would have been beneficial. 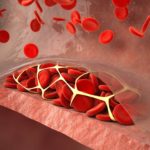 DOACs May Be a Viable Alternative to LMWH in Venous Thromboembolism