There is novel evidence for the role of iron regulatory proteins (IRPs) in the later stages of hematopoiesis, particularly in the development of neutrophils, according to a study presented at the Virtual Edition of the 25th European Hematology Association (EHA) Annual Congress. The findings were presented by Bruno Galy, PhD, of the German Cancer Research Center in Heidelberg, Germany.

“We should keep in mind that there are hundreds of proteins associated with iron in the cell in the form of heme, in iron sulfide clusters, or in iron centers, and hence the role of iron goes well beyond the hemoglobin synthesis and the making of red blood cells,” said Dr Galy.

The investigators used a mouse model to characterize of role of IRP-mediated iron homeostasis in adult hematopoiesis. They used a conditional gene knockout (KO) system to acutely disrupt IRP function in adult mice and used multicolor flow cytometry to assess the effect of IRP deficiency on hematopoietic cellular composition.

Acute loss of IRPs resulted in microcytic anemia and bone marrow aplasia, which was associated with a corresponding decrease of myeloid cell and erythrocyte counts in peripheral blood. There was also an enlargement of the stem cell compartment indicated by increased counts of stem and multipotent progenitor cells; Dr Galy suggested these findings may reflect an attempt of the system to replenish red blood cells.

They also found that neutrophil counts, but not monocyte counts, were substantially decreased in the KO compared with the control. IRP deficiency also appeared to alter neutrophil differentiation, leading to the production of what appeared to be immature neutrophils.

To understand why neutrophils did not properly differentiate, the investigators also conducted transcriptome profiling with RNA sequencing of developing neutrophils at different stages of differentiation. This revealed that the immature neutrophils of KO cells had many differentially expressed genes related to cellular metabolism relative to wildtype neutrophils.

“IRPs seem dispensable for the expansion of hematopoietic stem and progenitor cells,” according to Dr Galy. “Our main finding is that IRP function is not only important for erythrocyte differentiation but also for neutrophil differentiation.” 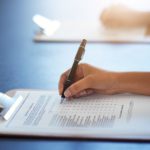