Findings from a small case series of patients with cold agglutinin disease (CAD) highlighting the wide range of clinical and laboratory features in CAD were presented during the Virtual Edition of the 25th European Hematology Association (EHA) Annual Congress.

The findings on this rare disease were presented by Aspasia Koudouna and colleagues from the National and Kapodistrian University of Athens in Greece.

The authors conducted a retrospective analysis of demographic, clinical, and laboratory features in 8 patients with CAD (5 women, 3 men). All patients had been diagnosed with cold-sensitive antibodies, while 1 patient also had cryoglobulins. At diagnosis, the median age was 62 years.

At the time of CAD diagnosis, 5 patients were also diagnosed with at least 1 other medical condition, including hematologic malignancies, hepatitis, and systemic lupus erythematosus.

At presentation, the median hemoglobin was 8.9 g/dL. Results of the direct Coombs test  were positive, typically immunoglobulin M (IgM), C3d positive. In the 4 patients with lymphoproliferative disorders, cold agglutinin titers were disproportionate to the degree of hemolysis.

Half of the total patient population had low serum monoclonal IgM, while most patients had hypogammaglobulinemia. Other common findings included slightly elevated serum C-reactive protein and ferritin levels.

The median follow-up time was 42.5 months. During this time, 2 patients died (infections and sepsis), and 2 patients fully recovered; the others presented with relapses and remissions.

“Although it is a small series, it highlights the wide range of CAD clinical behavior. Further and larger studies are needed to better understand and manage this rare entity,” wrote the authors. 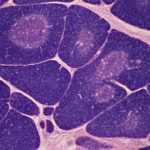