Pivotal data from a study involving patients receiving the bispecific antibody mosunetuzumab for relapsed/refractory (R/R) follicular lymphoma (FL) suggest that this agent was effective and showed a manageable safety profile in these patients. The study results were presented at the 62nd Annual Scientific Meeting of the British Society for Haematology by Elizabeth Budde, MD, PhD, of City of Hope in Duarte, California, and colleagues.

Dr Budde and colleagues presented results from a single-arm expansion cohort of an ongoing phase 1/2 trial (ClinicalTrials.gov Identifier: NCT02500407). The expansion cohort featured patients with R/R FL and a history of 2 or more prior lines of therapy, an Eastern Cooperative Oncology Group performance status of 0 to 1, and FL of grades 1 to 3a. Patients were given mosunetuzumab intravenously in 21-day cycles at the recommended phase 2 dose, with step-up dosing during cycle 1. The primary study endpoint was complete response (CR), as best response. CR was evaluated by positron emission tomography/computed tomography and determined by an independent review facility.

With a median time on study of 12.9 months, the best objective response rate was 78.9%, and the CR rate was 57.8%. Rates appeared to be consistent across prespecified subgroups. There was a median time to first response of 1.4 months, and the median durations of CR and objective response were not reached. Patients had a median progression-free survival duration of 17.9 months. Additionally, 12-month event-free survival rates after first response were 80.1% (95% CI, 67.4%-92.7%) for patients who achieved CR and 65.4% (95% CI, 52.6%-78.1%) among responders overall.

Cytokine release syndrome (CRS) was the most common adverse event (AE), occurring in 40 patients (44.4% of the population). CRS was reported to be mostly of low grade and resolving with a median time of 3 days. No grade 5 CRS occurred, and 1 patient each had grade 3 or grade 4 CRS.

Grade 3 or 4 AEs reported in 5% or more of patients included neutropenia in 26.6%, hypophosphatemia in 13.3%, hyperglycemia in 7.8%, anemia in 7.8%, and elevated alanine transaminase in 5.6%. Discontinuation of the study agent, due to AEs, occurred in 4.4% of patients. Grade 5 AEs occurred in 2 patients and included malignant neoplasm progression and an unexplained death, both of which were judged to be unrelated to mosunetuzumab.

The study investigators concluded that mosunetuzumab was associated with deep and durable remissions in this study population, including in subgroups of patients with double-refractory disease or disease progression within 24 months from the beginning of initial therapy. The investigators also considered the safety profile to be manageable.

Budde E, Sehn LH, Matasar M, et al. Mosunetuzumab monotherapy is an effective and well-tolerated treatment option for patients with relapsed/refractory follicular lymphoma who have received ≥2 prior lines of therapy: pivotal results from a phase I/II study. Presented at: 62nd Annual Scientific Meeting of the British Society for Haematology; April 3-5, 2022. Abstract OR13. 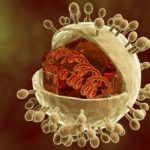